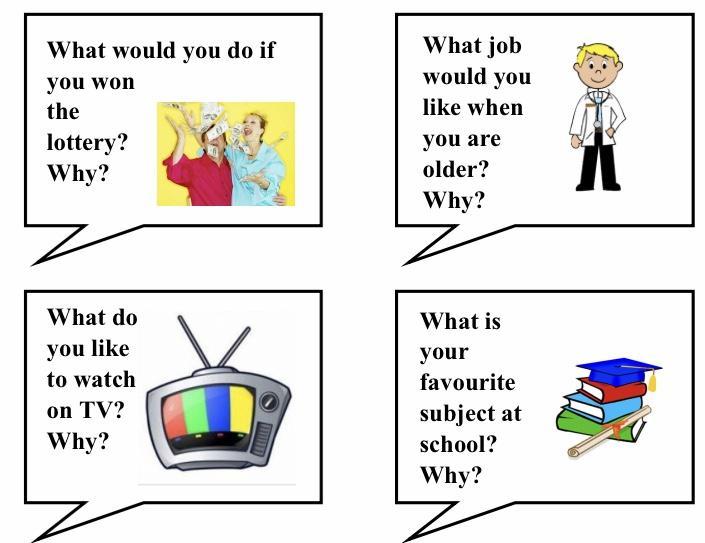 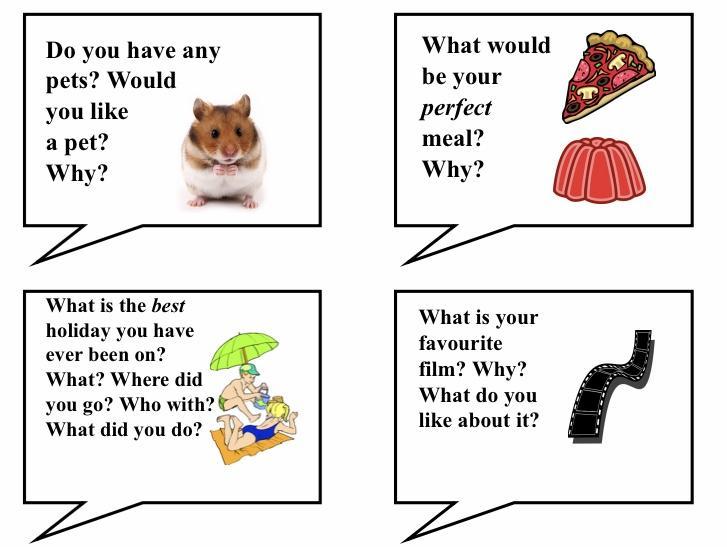 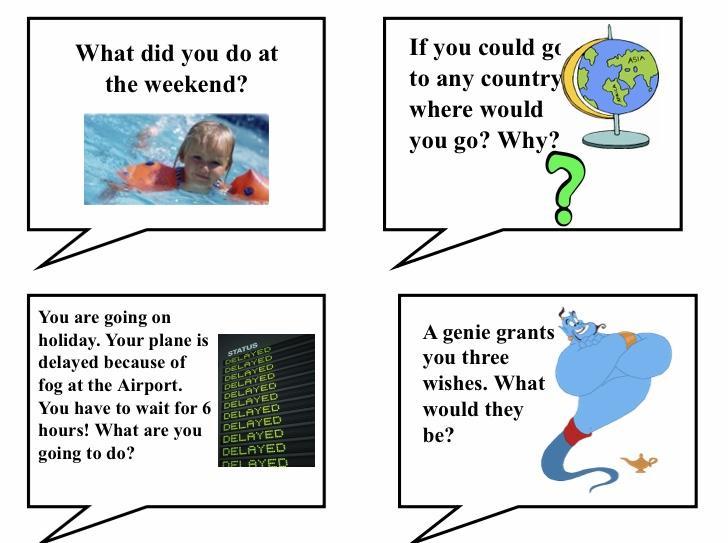 A great family game that you probably played as a child, to help test our listening skills.

Players take turns to give an instruction.

If the player starts the sentence by saying “Simon says ... “’ the group must follow the instruction.

If “Simon says .. . “ is not used at the start of the sentence, the group shouldn’t follow the instructions.

This can be played with instructions of varying difficulty. To make this an easier task - a picture can be shown as the instruction is said, or pictures can be used to support thinking of an instruction to give.

You'll need six containers of water for this one: three with clear water, one with red food colouring, one with blue colouring, and one with yellow colouring (other colours will do if you don’t have these). Arrange them in a circle, alternating coloured and clear containers, and make bridges between the containers with folded paper towels. Your kids will be amazed to see the coloured water "walk" over the bridges and into the clear containers. 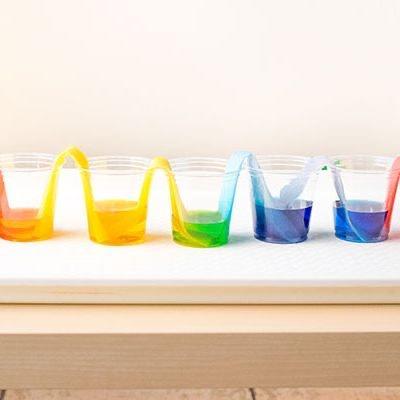 Ask the children what they think might happen at the start of the experiment then talk about what they observed at the end. Why might this have happened? What do they notice about the colours?

I’d love to see some pictures of your experiments.

Similar to last week’s shape game but with numbers. Take it in turns to think of a number while the other person/people try to guess it by asking yes/no questions. I have attached our Year 1 and Year 2 knowledge organisers to help give you an idea of what numbers and vocabulary could be used.

Depending on how confident your child is, you could:

Think of a shape

Take it in turns to think of a shape while the other person/people try to guess it by asking yes/no questions. I have attached our Year 1 and Year 2 shape knowledge organisers to help give you an idea of what shapes and vocabulary could be used.

Here are some questions that you can chat about with your children following on from the book we have been retelling for English.

Here's a game to play with two people.

How do you play?
You'll need an adult to play with.
You also need two matching sets of counters (or something similar - bottle tops, coloured circles of paper etc) - up to 12 in each set.
Give one set to the adult and keep the other set for yourself.
Make a secret place where the adult can hide the counters. You could make a screen with a book, or do it on a tray and cover it up with a piece of cloth.

The adult secretly makes a pattern or design with the counters, describing what they are doing as they make it.
Your job is to make the same design by asking questions, which the adult answers as helpfully as possible.

When you think you have a completed design, ask the adult to check.
If you're right, you could swap roles.
If you're wrong, keep going!

How many questions did you need to ask?

Notes for adults
This game is all about using the language of colour, position and order. Whilst the child is asking you questions, you will be limited by the language they already know. Once you swap so that the child is making the original design, you can introduce more sophisticated language into your questioning.

Easier version: use a small number of counters and keep the design very simple, for example in a line. Describe the overall shape of your design at the beginning.

Harder version: use more counters and make a more complicated shape, for example an array.

When you've completed the game, talk together about the questions that helped and those that didn't.

Can you match the musical sound to the correct instrument?

These sorts of activities come with lots of different levels to suit all abilities. This presents an opportunity for children to develop their listening skills to absorb more complex instructions and follow them.

Listen and Do activity

Pick a card and see how long you can talk about it! This activity really encourages children to develop their expression, reasoning and persuasive talking skills. This will in turn help them problem solve with other children and develop the ability to debate.

This is suprisingly hard to do. Each of the players writes down on a scrap of paper a subject to talk about for two minutes. Each player to do at least 3. Which are then all folded and put in a pot. The first player then has so choose from the pot and talk about the subject they have drawn for two minutes. You must not repeat facts, have too longer pause or say um more than three times otherwise the round is forfeit.

If this proves to hard, you can always make it one minute. As you child improves at the game you can become more strict on the rules which causes a round forfeit or extend the talking time.

BLIND ROBOTS- Taking it in turns to be blindfolded and be guided to a object or round the house using your knowledge of quarter/full/half turns clockwise and counter clockwise. Can you guide a sibling or paren by giving them clear instructions without them bumping into anything?

This is a fab family game which can be played anywhere. I find it's particularly useful as a car/dr appointment sort of game. It actually helps children with their scientific knowledge and logical thinking/questioning.

So firstly one person thinks of an animal and when they have say "Animal, animal, animal, alive. What animal am I? The other players then have to take turns to ask yes/no questions to guess the answer.

Most children when first introduced to this game will say things like- am I brown or specifically guess an animal without having any idea. This is normal. However the point of the game is to encourage the children to think in broad terms about animal kingdoms, habitats etc.

Encourage your children instead to ask questions such as:

Do you live on land or in water?

Do you live in hot or cold climates?

Do you live in _______ continent? (We have done continuents so they should be pretty good at this!)

This can then lead to supplimentary questions re: rainforests/desert etc.

Are you a vertebrate or invertebrate?

Do you lay eggs?

Are you warm/cold blooded?

These sorts of questions should give them clues to be able to guess whether they are amphibious/mammal/reptile/bird/fish/instect. There are obviously additional smaller categories such as mollusc, cephlapod etc.but these can become projects for you to find out more about, if your child shows interest.

By encouraging your child to ask these sorts of questions first, they will quickly develop their logical reasoning as well as their scientific knowledge of animals. This game can start off simple and before you know it you will all be googling the random animal which somebody has thought off and learning new things- for example I bet you didn't know that a Portuguese Man o War is NOT a jellyfish!

This is a surprisingly easy game to set up- I used to do whole class games as a filler if needed and will test your child's mental maths, as well as their listening and processing ability. You do need at least three to play competatively so all parents and siblings to be roped in!

Simply draw out a noughts and crosses grid and fill with numbers of your choosing- you might decide on a limit of 20, 50 or 100 (for example) depending on your childs ability. One adult is to be the bingo caller (make sure you have paper to jot down your answers as you go). This adult then makes up simple addition, subtraction, multiplication, division questions. The players have to listen to the question and work if one of their numbers is the answer. First with a complete line horizontally, vertically or diagonally is the winner. If playing with a smaller group I would cast my eye over the numbers chosen by the players and aim for 1 number somebody had every other question otherwise you could be going for a while. If time isn't a problem then you can make the game more fun by making the players numbers a secret.

There are two ways of playing this. If you want to simply test mental maths ability then the players will have to listen and calculate completely in their head. If you want to make the calculations more complicated then give them a sheet of paper for jotting. You can also mix it up by giving the children word problems i.e I went to the shop and bought two cartoons of eggs. There are six eggs in each. How many did I have altogether? Rather then the pure calculation 6x2 or 6+6. The important part is that they can not SEE the question. You have to give it verbally. This is often harder for children to process. You can repeat the question, however if you are having to repeat each question multiple times then have it on your radar that this may be an area which your child may need a little more support in.

Improving this skill is not just about improving mental maths, listening is hard. Lots of children hear us speaking but struggle to actually listen. Practicing this skill will make your child much more responsive to instructions and make them much better conversationalists! Good luck.